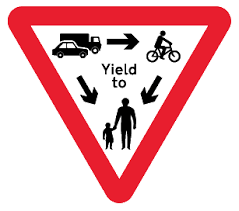 The Construction Industry Cycling Commission (CICC) has today published a 10-point manifesto for change to improve road safety for cyclists. The CICC, set up in early 2015 and made up of senior figures from the property industry including constructors, developers and architects, is calling for companies in the industry across the UK to commit to these recommendations, in order to reduce the number of cycle deaths caused by HGVs.

The manifesto has been developed based on key findings from CICC-commissioned research with transport planning consultancy, Phil Jones Associates and TMS Consultancy Ltd. With an initial focus on London, key research findings revealed that:

The main points of the CICC manifesto are:

Commenting on the launch of the manifesto, Mike Hussey, CICC Chairman and CEO of Almacantar said, “The level of cycling accidents in the UK is simply unacceptable. The CICC’s manifesto for change sets out clear ways we can improve cycle safety. As an industry, we have an obligation to improve the dangerous conditions cyclists face, so I urge our peers to join us and commit to our recommendations.”

Peter Murray, CICC Founding Member and Chairman of New London Architecture said, “The safety of cyclists in London and throughout the UK is something that CICC members feel passionately about. Whilst we all need to play our part in ensuring safer conditions for cyclists, the construction industry has particular responsibilities which it takes very seriously. For the first time, we have all come together as an industry and are pleased to be providing real solutions to tackling the challenge.”