Triton Construction has secured a series of contracts valued at £9 million to deliver the next significant expansion phases at Production Park in Wakefield, West Yorkshire.

Production Park is the world’s premier campus for live events, film, and TV where industry, education and innovation come together to create entertainment experiences. The campus is home to state-of-the-art production studios with clients including Coldplay, Lady Gaga and Little Mix; a higher education institution called Backstage Academy offering degrees for the live events and creative industries; and a community of live events businesses with expertise in stage design, production, and AV rental. The latest addition, XPLOR, will be the world’s first research and innovation centre for entertainment technology and production.

Last year, Production Park secured a £12 million cultural recovery fund loan from Government to develop the facilities at the award-winning campus. The loan supports the delivery of XPLOR, as well as the expansion of its existing studio spaces and create managed workspace to nurture up and coming talent in the region. Additional funding to support the XPLOR project came to Backstage Academy from the European Regional Development Fund (ERDF) and Department for Digital, Culture, Media and Sport (DCMS).

The works form a part of an ongoing brief for Triton which completed the delivery of a 5-unit employment industrial and office facility and is currently converting and updating a recently purchased adjacent industrial unit to provide further manufacturing workspace, storage, and small business space at Production Park.

Paul Clarkson, Managing Director at Triton Construction said, “We are delighted to continue our partnership with Production Park to deliver these further significant contracts.  This is a hugely ambitious and successful campus that we are excited to be involved with.

“The XPLOR project is very specialist due to the scale of space and heights required, technical fit out and sound requirements. We are working closely with the Production Park team as well as acoustics specialists to combine technologies in a new way to deliver sound proofing against the loudest outputs due to the built-up location.”

Jim Farmery, Development Director for XPLOR, said, “It’s great to have such a capable delivery partner on board in Triton Construction. We’re all really excited to see the building work underway and we can’t wait to see the XPLOR building take shape over the next few months.”

Triton has now started construction on site and expects to complete the expansion by the 3rd quarter of 2022.

Triton Construction is currently a £70 million turnover company providing design and build, civils, fit out and refurbishment services. Established for more than 16 years it employs over 80 people across offices in Yorkshire and the North-West.

Other project highlights for Triton in the last 12 months include the ongoing Premier Inn hotels extensions framework, a new testing facility for British institution and gear engine pioneer David Brown Santasalo, and the sensitive refurbishment of the iconic Royal Liver Building in Liverpool. 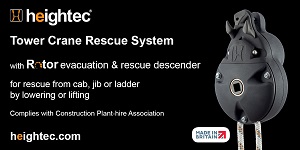