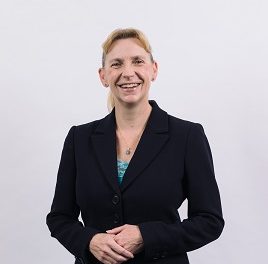 Louise Hardy, Independent Non-Executive Board Director at Crest Nicholson has today been announced as one of the top 100 Most Influential Women in the Engineering Sector. The list, produced by board appointments firm Inclusive Boards in partnership with the Financial Times, was officially released at the Inclusive Boards: Women in Engineering Leadership Conference on Tuesday 22nd October 2019.

Inclusive Boards will also be publishing extensive research into engineering in the UK as well as the results of their diversity survey of the UK’s top 500 engineering firms by revenue.

Louise Hardy, Independent Non-Executive Board Director at Crest Nicholson said: ”It is an enormous privilege to be recognised as one of the top Most Influential Women in the Engineering Sector, amongst a group of extremely inspiring and successful leaders in the industry. I am extremely passionate about promoting the excellent opportunities available in Engineering for the future generation of girls, looking for a highly rewarding career.”

Development Director at Inclusive Boards, Elizabeth Oni-Iyiola, said: “Engineers have an impact on almost every area of our day to day lives. Louise Hardy and those featured today are role models who inspire those around them and demonstrate leadership and influence in the work that they do.”

Patrick Clarke, Director of Network Operations at UK Power Networks and judge for the list said: “I am personally inspired but not at all surprised by the tremendous talent on the Women in Engineering list. Sadly, there are still plenty of people who will be surprised due to a mind-set which say Engineering equals males not females. I took part as a judge because I wanted to be inspired.”

Those featured include senior leaders from top engineering firms such as Amey, Arup, BAE Systems, and Laing O’Rourke.

The list has been published this week and officially launched at the Inclusive Boards: Women in Engineering Leadership Conference in Central London on Tuesday 22nd October, hosted by expert in gender and diversity issues in STEM, Dr Jan Peters. Inclusive Boards are the UK’s Executive Diversity Experts with a network of over 60,000 diverse professionals across the STEM, sport, not-for-profit and public sectors.