The completion of a new school facility , designed by PTAL Architects.

The building forms the second phase of the redevelopment of the site which originally contained a two form-entry primary school. A new three-storey primary school was built in 2016, doubling its capacity and opening up the site for the new four-storey secondary school to be built adjacent. 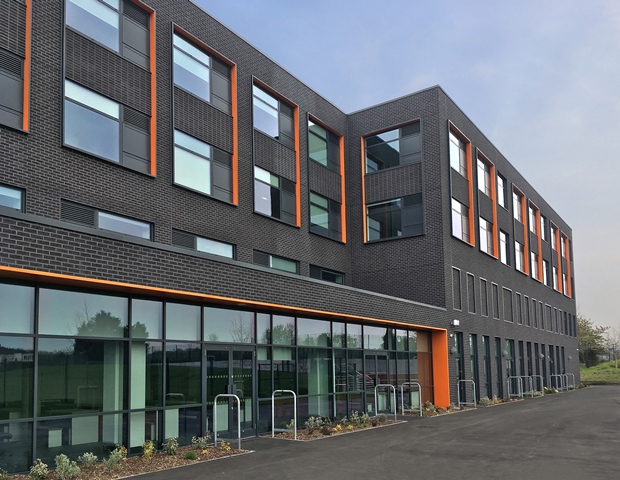 The school design was developed by PTAL Architects and delivered in association with Willmott Dixon Construction. Carolyn Jamieson, Associate Director at PTAL, said “The success of this school building lies in the strong relationships that have been formed between the team and the importance that has been placed on ongoing engagement. Continual and meaningful engagement with the staff, pupils, parents and local residents informed the design throughout – from community consultation on early design decisions to pupil selection of quotes for the internal wall graphics – ensuring that the design not only meets the requirements, but exceeds the expectations and aspirations of all parties.” 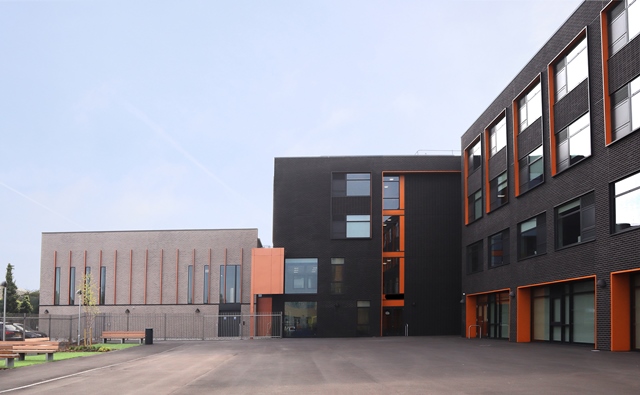 The building provides exemplary facilities for pupils, staff and community users alike, from new indoor sports facilities to recording studio and audiovisual control room for music and drama performances. Executive Headteacher Samantha Palin said “Staff, governors and pupils have been really positive about the new school; the natural light coming into the classrooms, the colourful wayfinding and especially the main hall with stage and sound room – it’s been worth all the hard work!” The completion of the new Secondary School and Sixth Form will make an immediate and immeasurable difference to the pupils and parents, providing the opportunity for students to complete their full education alongside peers and friends in a familiar environment with high-quality learning facilities. 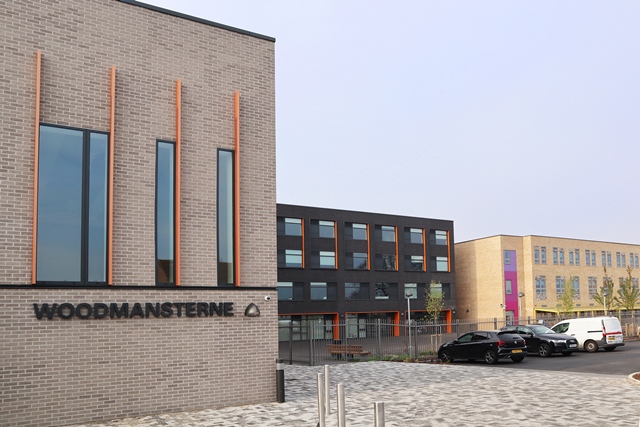 Constructed by Willmott Dixon and with Project Management by Faithful & Gould, the project has been completed within budget and ahead of schedule. The new school welcomed pupils from Years 7 and 8, who were previously taught within the adjacent temporary facilities, on the 23rd April 2019. 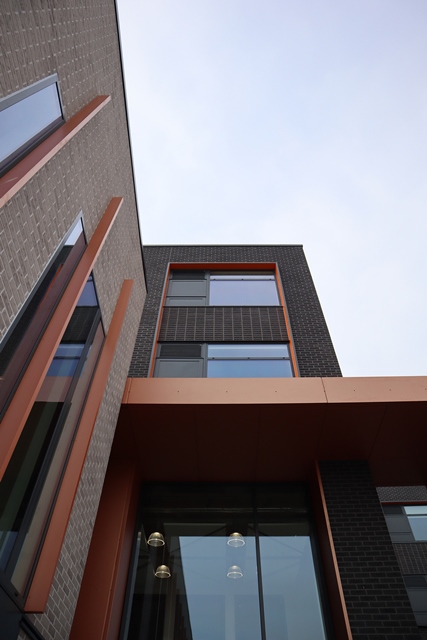