Hinkley Point C has hit its biggest milestone yet on schedule. The completion of the base for the first reactor, known as “J-zero”, means that the construction of the nuclear buildings above ground can now begin in earnest.

The final 9,000m³ of concrete was the largest concrete pour in the UK, beating a record set by the Shard in London.  Reinforced with 5,000 tonnes of Welsh steel, the base has been under construction by the UK-French joint venture of Bouygues-Laing O’Rourke for six months. 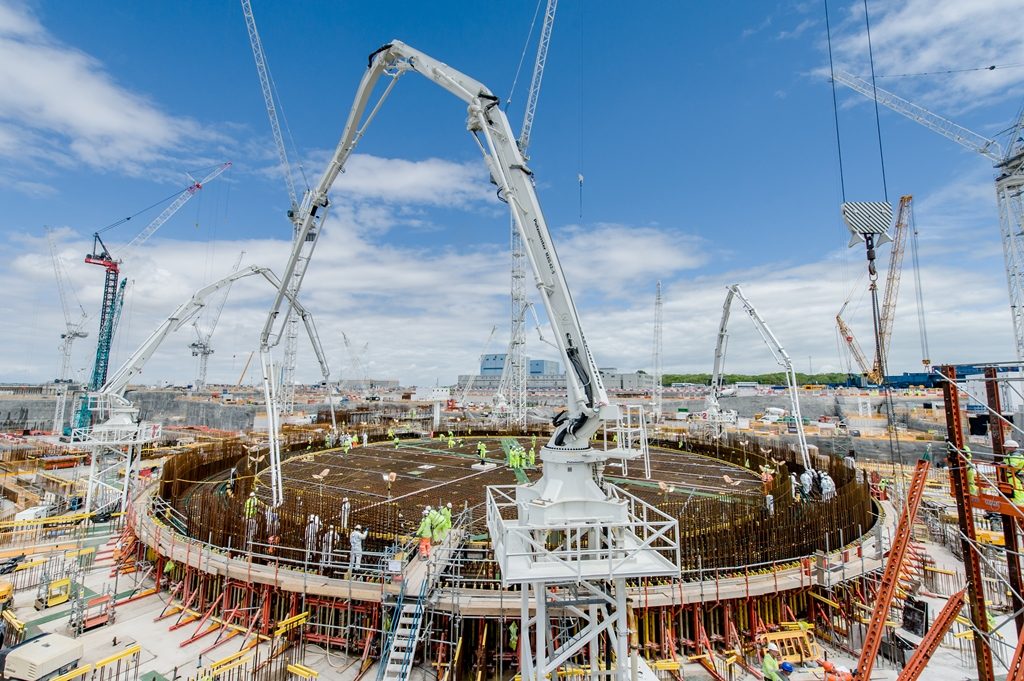 The event was due to be marked by a visit from the minister responsible for nuclear energy, Andrew Stephenson MP, who saw the construction site and met apprentices at the National College for Nuclear.

Good progress and efficiency improvements means that the second Hinkley Point C reactor will hit its own J-zero moment in June 2020. 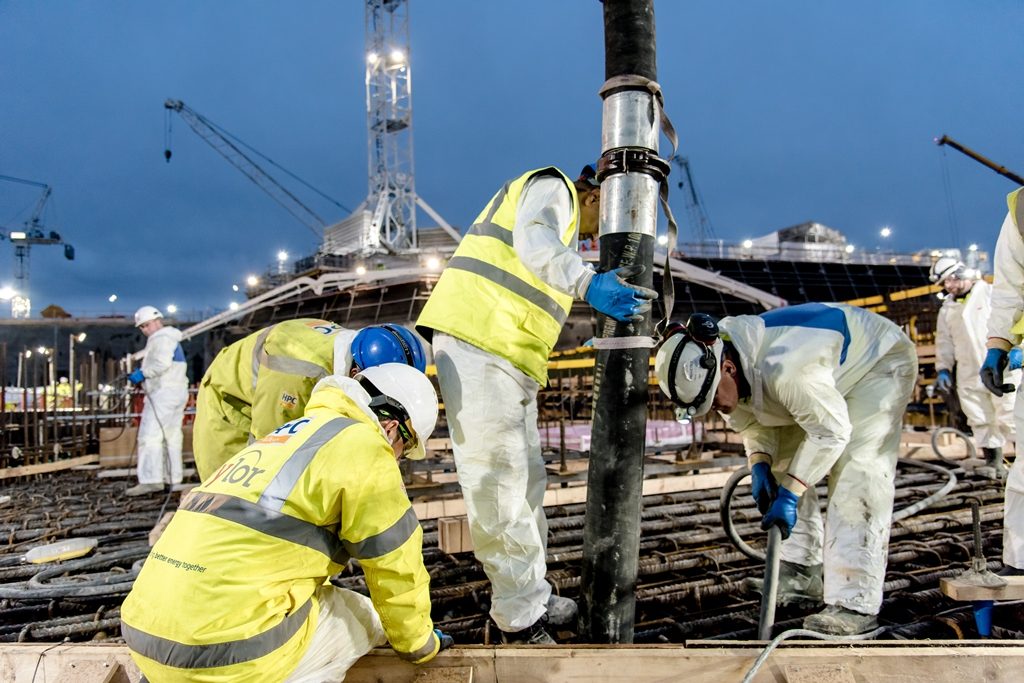 Final contracts have now been signed for an innovative joint venture to install the pipes and cables at the power station. The MEH Joint Venture brings UK contractors Balfour Beatty, Cavendish Nuclear, Altrad and Doosan Babcock together to share expertise and incentivise collaboration and efficiency. The JV was influenced by the success of a single organisation carrying out this complex work during construction at Taishan, the EPR operating in China.

Pipework will be made by Bilfinger in Immingham at a modernised facility which will boost UK industrial capacity in this highly specialised area. 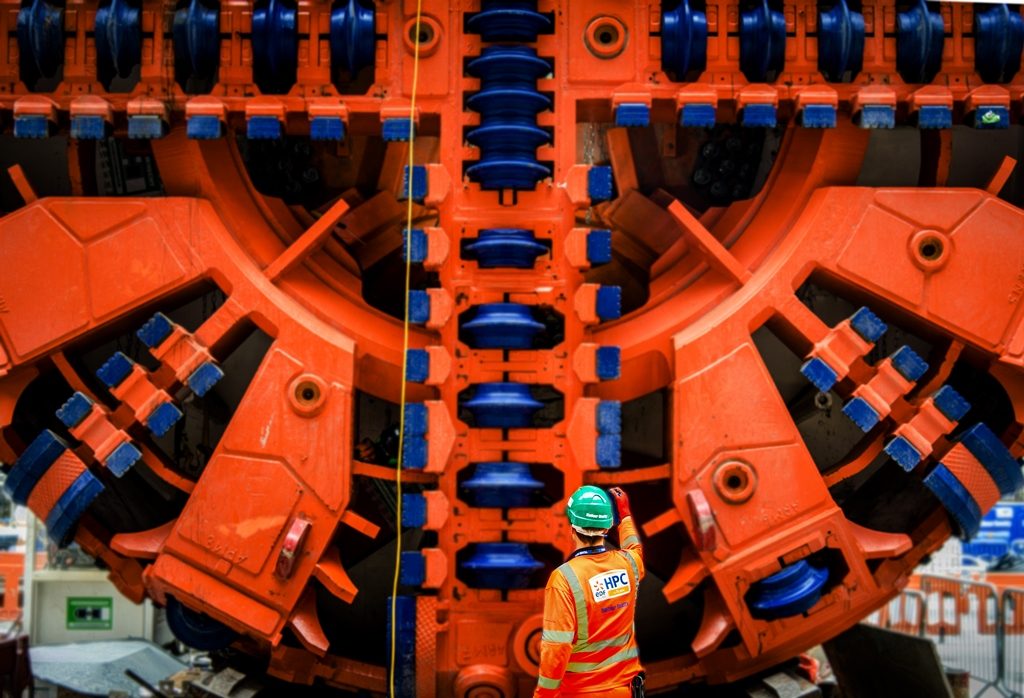 Hinkley Point C is working to tackle the UK skills shortage in welding by working with the MEH Joint Venture, ECITB[1], the Weldability SiF Foundation, South West Institute of Technology and Bridgwater & Taunton College, to develop  a new welding centre of excellence in Bridgwater. Making use of EDF Energy’s £4.5 million investment at the college, the centre will train and qualify the UK’s next generation of welders, benefitting people and industries across the South-West. With the ambition to provide 350-500 welding NVQ qualifications per year,  the initiative shows nuclear’s ability to create a positive impact for UK skills.

Hinkley Point C’s reliable low carbon electricity will play a vital role in helping the UK tackle the climate change crisis. With a large expansion of renewables, it will make “Net Zero” emissions possible and help the UK have an affordable and secure electricity supply.  Innovation and the transfer of design, skills and experience from Hinkley Point C means the proposed near-identical project at Sizewell C can be significantly cheaper to build and finance, and that subsequent projects at Bradwell B and elsewhere will also benefit.

The construction of the second of Hinkley Point C’s two units is well underway and is already showing the improved efficiency possible when an identical design is repeated. The 12 month separation offers maximum efficiency for the transfer of teams between units.

Almost 4,000 people are now working at Hinkley Point C. Half of them are from the local area. 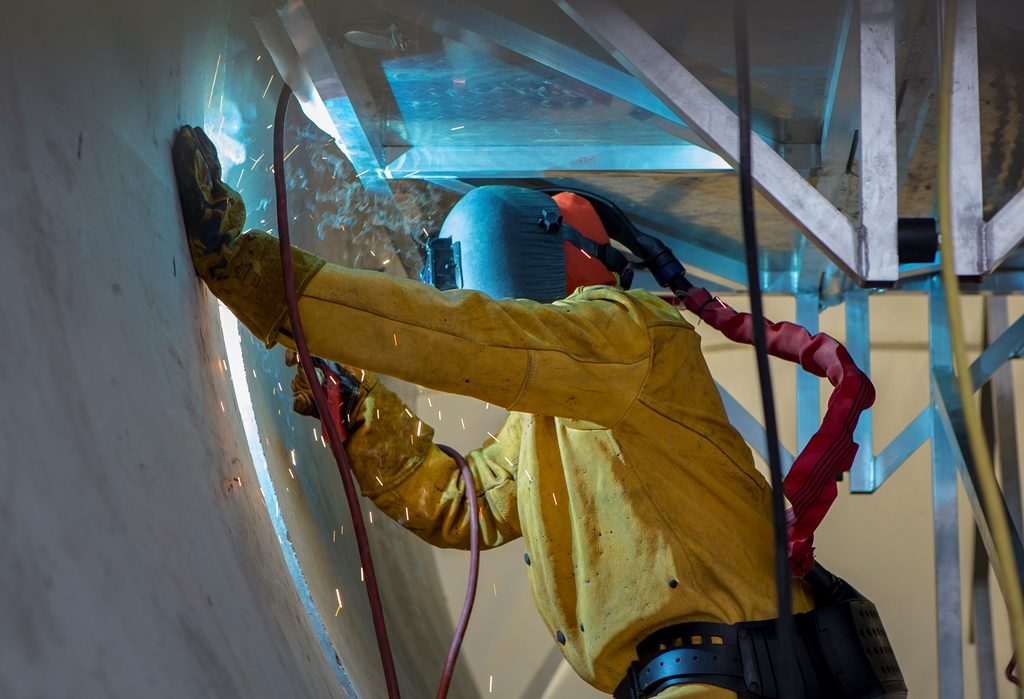 Forgings for the pressure vessel and steam generators are underway at Framatome in France and the world’s largest turbine is under construction at GE.

The world’s largest crane – the Sarens SGC 250 – is taking shape on site to allow prefabrication of large parts of the nuclear buildings, which improves quality and saves time. This is an innovation informed by experience from previous EPR projects.

£1.5bn of contracts have been awarded in the South-West and 64% of the project value is being spent with UK firms.
430 of 1,000 apprentices have been hired and 8,500 people have been trained and assessed at the specially built Construction Skills and Innovation Centre near the site

Minister for Nuclear at the Department for Business Energy and Industrial Strategy, Andrew Stephenson said: “This is a huge achievement for Hinkley Point C and a major milestone for the UK’s nuclear new-build industry, which – as a low-carbon electricity source is key to meeting our ambitious target of net zero emissions by 2050.”

“The project will not only power nearly six million homes, it will add an enormous boost to the local and national economy, delivering over 25,000 new jobs and securing long-term, well-paid employment – a key step in delivering clean growth as part of our modern Industrial Strategy.” 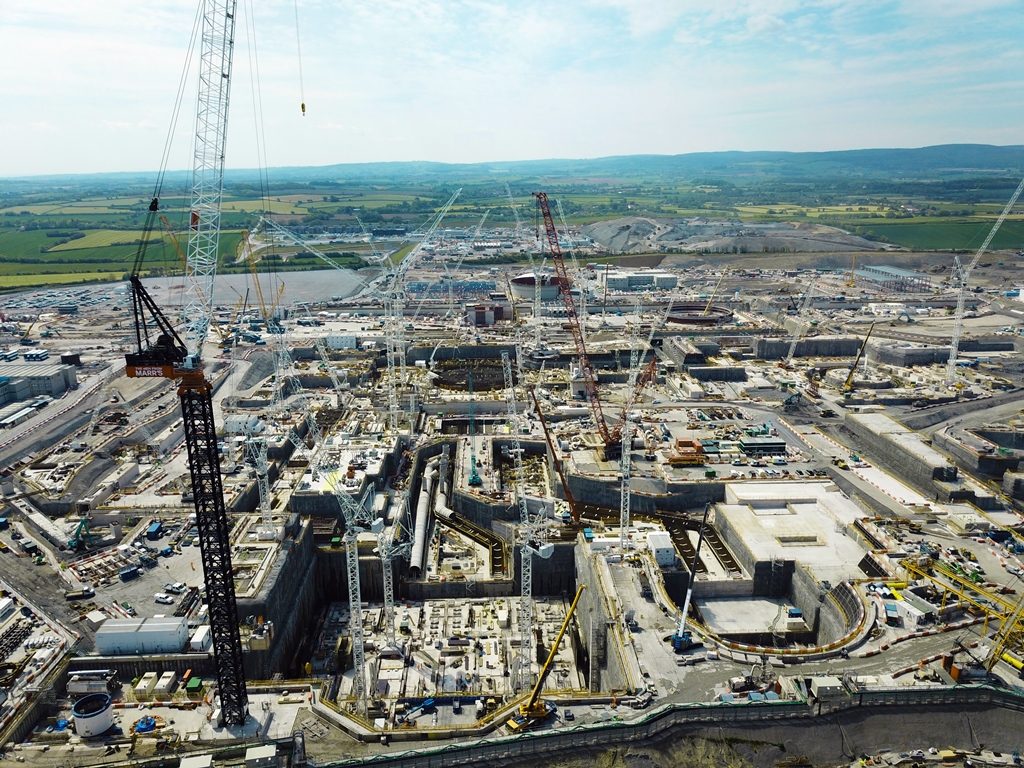 Hinkley Point C Managing Director, Stuart Crooks said: “I am proud of the talent and achievement of our diverse UK workforce, our unions, our international supply chain and the design team in France. We are benefitting from direct experience from other EPR projects and a partner in CGN which understands the technology and the project.”

EDF Energy CEO Simone Rossi said: “Hinkley Point C’s progress is good news for anyone concerned about the climate change crisis.  Its reliable low carbon power will be essential for a future with no unabated coal and gas and a large expansion of renewable power. The innovation at Hinkley Point C sets up the opportunity to reduce costs for consumers for a near identical power station at Sizewell C in Suffolk.”

CGN UK CEO Zheng Dongshan said: “CGN is proud to play an integral part in the Hinkley Point C project as an industrial partner to EDF, bringing our experience from successfully developing the EPR at Taishan, in China.  The project paves the way for a full new nuclear programme that will include our proposal to build our HPR1000 reactor in the UK.”